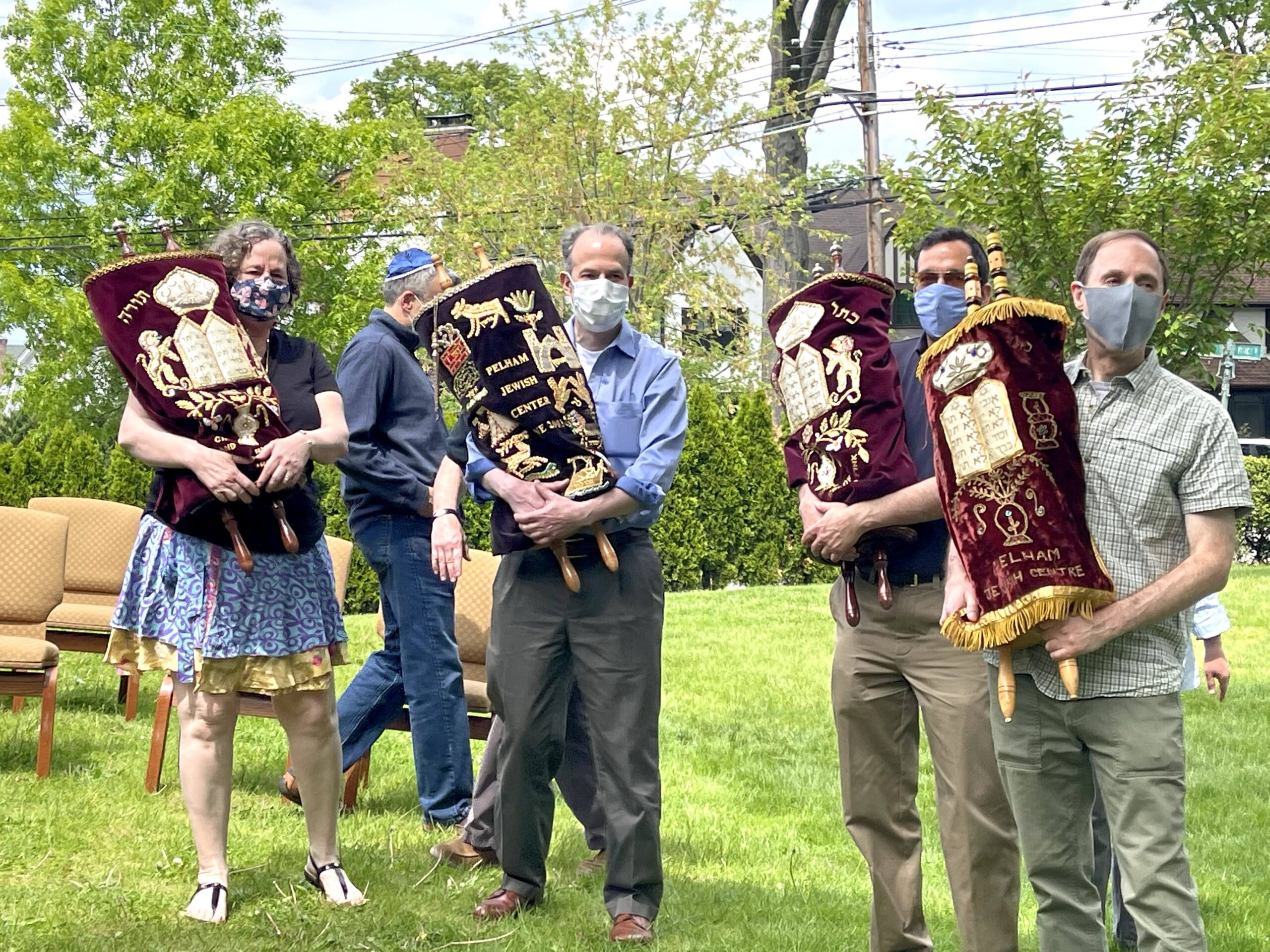 Rabbi Benjamin Resnick joined the Pelham Jewish Center as its new Rabbi on July 1, 2021.  He served most recently as the Rav Beit HaSefer of Solomon Schechter Day School of Metropolitan Chicago.  Before that, he served as Rabbi and Education Director at Congregation Ahavas Achim in Newburyport, Massachusetts.

Rabbi Resnick was ordained at the Jewish Theological Seminary in 2014, and is currently pursuing a doctorate in Jewish mysticism (Kabbalah), also at JTS.  He has written about Judaism for multiple publications, including The Forward, Tablet, Modern Judaism and My Jewish Learning.

Rabbi Resnick is married to journalist Philissa Cramer, who is currently editor-in-chief of the Jewish Telegraphic Agency.  They have two boys, Jonah and Gabriel.

Education Director, Ana Turkienicz was born in the southern city of Porto Alegre, Brazil, where, inspired to become an educator by her mother, she began working as a teacher in Brazil’s poor neighborhoods and subsequently at the local Jewish Day School. Soon after her marriage to Neco (Ariel) Turkienicz, Ana made alyiah (immigrated) to Israel, and went on to study Education at the “Kibutzim College” in Tel Aviv, as well as Bar-Ilan University’s Education College and The Leslie College for Expressive Arts Therapy. She worked in Israel for 21 years as a kindergarten, Elementary and Middle school teacher in different settings, including Kibbutz Gezer, Kibbutz Bror Chayil and KIbbutz Netzer Sereni, as well as at the Sha’ar Hanegev Regional School, and the Hadarim Community school in the town of Be’er Yaakov, before moving to America with her husband and two children, Yoni and Hila. In the US, Ana and her family settled in White Plains, NY and she has been working as a Hebrew teacher in Jewish Day Schools as well as the Education Director at the Pelham Jewish Center. Ana participated at the JTS-HUC Leadership Institute for Congregational Educators, the LOMED cohort and received a Masters Degree in Jewish Education from the William Davidson School at the Jewish Theological Seminary in New York. Currently, Ana works as the Hebrew Learning Specialist at Rodeph Sholom Day School in NYC and is delighted to have the honor of being the Education Director at The Pelham Jewish Center, a warm and welcoming community that has embraced her and her family since 2006.

Melainie comes to us with extensive administrative experience as she previously served as the office manager of the Mount Vernon SDA Church. For three years, Melainie owned and operated a Caribbean restaurant in Hastings. While no longer in the restaurant business, she continues to offer her authentic Caribbean cuisine thru catered events. Melainie lives in Mount Vernon with her husband and their three sons.

Please stop by and say hello!

For over 25 years, Adam Bukowski has been taking meticulous care of our synagogue, both inside and out. The care and attention to detail that he puts into his work is evident every time we enter the building or walk onto the property. It is impossible not to feel comforted and at peace whenever we are here. There isn’t a fix or repair that Adam cannot resolve. He knows (better than many of us) our service rituals and always perfectly anticipates our needs. Adam and his wife, Magdalena, have two sons, Adam Jr and Filip, that they have raised while he has been with the PJC. We are grateful for Adam’s hard work and dedication and to the beautiful home he continues to nurture for all of us.